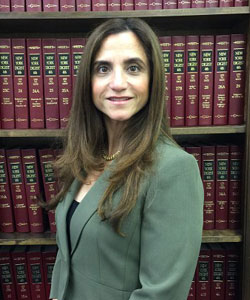 Rosamaria Abbate is an attorney and a life-long resident of the Town of Brookhaven. She is currently employed as a Senior Principal Law Clerk for the Honorable Hector D. LaSalle, Associate Justice of the Appellate Division Second Department.

Prior to being employed as a Law Clerk, she was employed from 1998 through 2008 as an Assistant District Attorney for the Suffolk County District Attorney's Office, where she participated in all phases of the prosecution of complex felonies involving economic crimes and violent sexual and physical crimes against children and adults.

She has been admitted to the New York State Bar and the United States District Court for the Eastern District of New York for over twenty years.